One of the most iconic moments in a traditional love story is the proposal of marriage, sealed with a dazzling engagement ring.

The ring is a symbol of the commitment and eternal love the two people share for each other.

Some cultures, such as those in China, use the same ring as their engagement ring and wedding ring, simply switching the hand they wear it on upon marriage.

However, this custom has been changing in recent years as the demand for diamonds increases, with over 30 percent of brides in China now receiving a diamond engagement ring and a separate wedding band on their big day. The prior tradition has led to some confusion around the globe where the differentiation between the engagement and wedding rings are unclear. 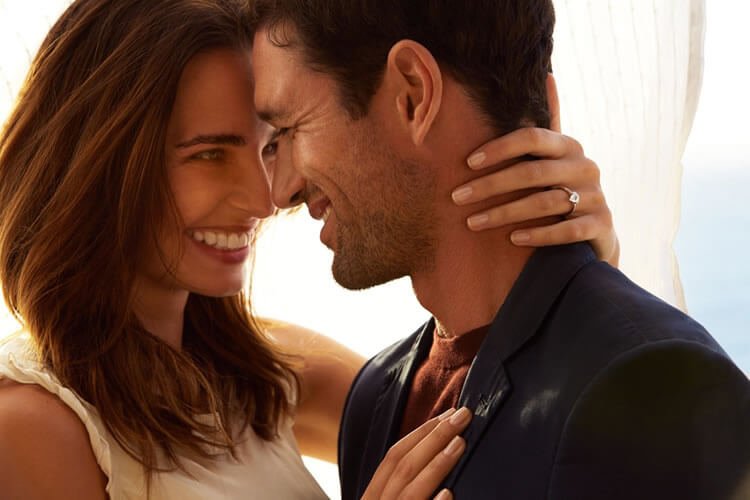 There are many differences between an engagement and a wedding ring. The engagement ring is presented to a bride at the time of the proposal. Typically, the ring is a diamond, made the norm by the world-famous marketing campaign launched by De Beers in the 40’s stating that ‘A Diamond is Forever’. However, there are many different trends and, these days, many men opt to design custom engagement rings for their fiancée based on her personality and style. Traditionally it is just the female who wears an engagement ring, and they usually wear their ring every day from the proposal as a symbol of their commitment to their partner. However, in recent years, some men are also choosing to wear a ring as a sign of their loyalty.

The meaning behind the ring has evolved over thousands of years, ranging from ownership to eternal love. Engagement rings are typically more expensive than wedding rings due to the extravagant diamonds included in the design. It is the tradition for a man to spend two months’ salary on the ring. However, these days, this depends on each couple and their requirements and desires.

The wedding rings sometimes called the wedding bands, are the rings exchanged between partners on their wedding day. Both parties wear the rings for as long as they are married and they both wear them on the ring finger of their left hand. The reason for the left ring finger dates back to ancient Egyptian times when they believed a vein from this finger ran directly to the heart – later named the Vena Amoris, also known as the ‘Vein of Love’.

Wedding rings are usually simpler in design, without a central diamond. However, they can still have diamonds around the band, or they could be an elegantly plain metal. During the wedding ceremony, women usually place their engagement ring onto their right hand and move it back to the left after the couple is married, stacking the rings. However, some women just wear one ring to represent the marriage, love, and commitment and others may choose to opt for a wedding band later in life. Many jewellers offer matching engagement and wedding rings as a set.

Men wear their wedding band on the same finger of their left hand, and they are also usually quite modest in design. However, there may be small diamonds encrusted in the ring, depending on taste and preferred style.